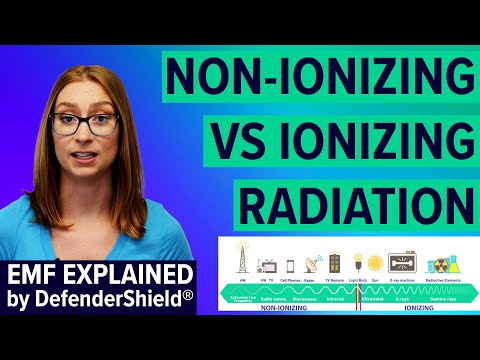 There has been a long-held belief that ionizing waves (like from X-rays, Gamma Rays, and some UV rays) were the only wavelengths of energy that could harm people, by instantly ionizing cells and splitting molecules in your body.

Then researchers discovered that non-ionizing EMF exposure can be potentially harmful by thermally heating your cells, and causing thermal damage after a period of time.

Now, research is showing that non-ionizing radiation, which is categorized by low frequency wavelengths, can actually biologically damage the body after a long period of exposure. These health effects go way beyond just thermal effects of radiation.

Our mobile devices emit Extremely Low Frequencies just when they are turned on, as well as Radio Frequencies when they connect to wireless networks. And if we carry our radiation-emitting devices close to us all day long, we could be putting ourselves at risk to a lot of negative health effects.

Studies have linked this type of radiation to everything from insomnia, headaches, and skin rashes, to fertility problems, DNA fragmentation, cell damage, and even cancerous tumors. So even though it can’t split your molecules, make sure to limit exposure to mobile device radiation.