IPads have become so sought after, that a boy in China once got in trouble for selling his kidney on the black market just so he could get his hands on one.

It sounds like a horrible joke but it’s true. Although this is a really extreme case, it gives an indication of how far someone is willing to risk their health to use one. However, not everyone intentionally means to threaten their own health with the purchase of an iPad.

Most people are completely oblivious of any dangers iPads may pose. But, as a part of its fundamental design, iPads emit Electromagnetic Radiation (EMF) radiation.

Too Popular for Concern?

The first iPad was released on April 3, 2010. In the grand scheme of things: not too long ago!

Subsequent models soon followed and have proliferated into: the iPad Air, the iPad mini, the iPad with WiFi, and the iPad Pro.

Many other companies have come out with their own version of this small touchscreen computer.

Each unit possesses a simple user interface, built around a touch screen, which includes a virtual keyboard. The device can be used to do everything from paying taxes to playing games.

Since inception, Apple has sold millions of iPads and sales continue to grow.

As with any popular device, we run the risk of equating popularity with safety. We give iPads to our young and have started incorporating them into our schools. We have iPads in our homes. We use them at work.

Yet, we are still learning about the long-term health effects. 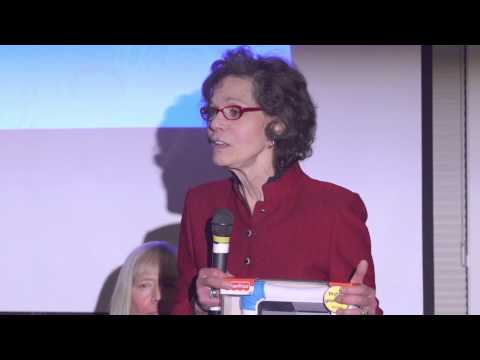 Similar to all tablets on the market, iPads use Radio Frequency (RF) signals such as WiFi to enable them to connect to the internet, and Bluetooth to connect to other devices. When you turn on your tablet, your device is constantly transmitting and receiving RF electromagnetic frequencies.

Models that are connected to a cellular network (3G, 4G) emit even more, as they connect via a high-speed cellular network. In addition, as electronic devices, iPads emit extremely low frequency (ELF) radiation as a function of their electronic circuitry operation.

iPad radiation is emitted at a low, but persistent level. Every power up, search, or game conducted in the presence of the iPad is EMF radiation exposure.

Such emissions have been documented to cause a multitude of medical conditions from unsightly erythema ab igne (or “toasted skin syndrome“) to inducing liver disease and other chronic diseases. Over time, iPad radiation energy exposure fundamentally affects the basic components of your body and well-being, your cells.

Many manufacturers recommend specific measurements for how far away from the body electronic devices must be kept at all times. As a result, many technologically advanced countries such as Belgium, France, etc. have started passing laws or issuing warnings about limiting use of wireless devices, especially for the young.

The biological effects of RF radiation exposure is controversial.

Recent studies show cell phone network use for even 50 minutes duration can cause brain tissues to increase in glucose metabolism. It can also cause an increase in intercellular calcium, which has been linked to Autism, as well as an increase in oxidative stress and DNA fragmentation in a cell. These factors can lead to many disruptions in cell communication and signaling, in the brain and throughout entire processes in the body!

The long term health outcomes are still being studied internationally. A recent study has shown EMF exposure is linked to some forms of cancer in rats.

The biological effects of ELF radiation is more controversial, yet it is the other reason that iPad radiation is a worry. ELF radiation has also been associated with potential carcinogenic, reproductive, cardiovascular, behavioral, immune system, and neurological side effects.

Protecting Yourself from iPad Radiation

As electronic devices, iPads are capable of causing harm to the human body and living tissue. In particular, the iPad has several transmitters that emit radiation, including both wireless and cellular technology (RF), as well as its computing parts (ELF).

In fact, the tablet emits more radiation than is recommended from international guidance perspectives.

It is important to avoid too much unnecessary exposure by keeping your iPad away from your body, or turning off your wireless signals by using your iPad in airplane mode. This will reduce the RF radiation exposure, but you will still be exposed to ELF radiation.

The iPad is an incredible device and one of the most useful tools of our era. We can use an iPad to do everything from watching a movie or playing a game, to searching the internet and talking face-to-face with a loved one half way across the world.

Yet excessive iPad radiation exposure is a concern, as it comes with potential health risks. We should embrace and enjoy the technology, but use it wisely.