These handy contraptions have spread in usage virally across the globe. According to the UN, presently 6 out of 7 billion people (total world population) have access to mobile phones, which is more than have those who have access to working toilets.

With modern society not only using cell phones on a daily basis, but very often for a large part of the average day, one has to ask:

Do cell phones emit radiation, and if so, is this kind of radiation dangerous to our health?

The answer is YES.

There is growing concern among health officials regarding the health hazards posed by EMF radiation emitting from cell phones and other mobile devices, and their effect on the human body.

EMF radiation has been linked to various health issues, including cancer, infertility, sleep disorders, and developmental problems, to name a few.

Smartphones are used to access the Internet and social networks, send emails, and chat with friends via text and MMS, or to talk person to person using a cellular connection. They can also be used to take photos on the go, or to download books, music, videos, games and an unlimited range of applications to make life simpler and more interesting.

Traditionally, it has been thought that only high doses of radiation could cause serious harm. However, more recent information suggests that even long-term exposure to low levels of radiation over long periods of time can be harmful as well.

Radiofrequency radiation consists of the cell signal, Bluetooth and WiFi, while Extremely Low Frequency radiation is generated by phone’s hardware (electrical components). This radiation gets absorbed into the body, usually through body tissue situated at or near where the cell phone is held.

Because smartphone users are likely to use their smartphones more extensively, and also carry these devices with them at all times, it stands to reason that cell phone radiation may pose potential health issues. 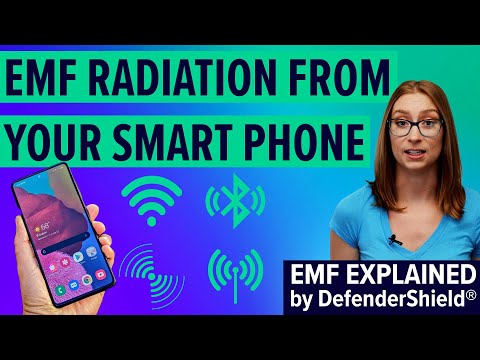 The International Agency for Research on Cancer (IARC), part of the World Health Organization of the United Nations has conducted epidemiological studies into the occurrence of cancer worldwide.

In 2011, the IARC classified mobile phone radiation as Group 2B, possibly carcinogenic, the same category as lead, engine exhaust, and chloroform. This means that there could be some risk of carcinogenicity; additional research into the long-term heavy use of mobile phones is needed.

In response, manufacturers of many popular cell phones have warned consumers to keep their device away from their body and to minimize their exposure to radiation from cell phones.

Although not as harmful as ionizing radiation (X-rays etc.), studies have shown that non-ionizing EMF radiation, such as that emitted by cell phones, can cause insomnia, decreased bone density in the pelvis, infertility in men, and can affect brain activity.

EMF radiation coming from cell phones has also been scientifically linked to changing electric cell signaling through VGCC activation, that can really mess up our levels of hormones and neurotransmitters in the brain and body, and create oxidative stress and DNA fragmentation in our cells. This cell mutation can lead to forms of cancerous tumors in some cases.

Our bodies are delicate electrical machines, and cell phones can create these small effects in cells that eventually lead to many neurological disorders, behavioral disorders, and mental health issues that don’t seem to have a justifiable cause.

One study describes how radiation from cell phones can initiate chromosomal abnormalities and alter the mitotic index, which increases the frequency of aberrations over time in a living organism. Accumulation of aberrations, leading to the uncontrolled proliferation of abnormal cells, is the definition of cancer.

Time Magazine even published an article on cell phone radiation, in a report card format, describing the “worst in terms of emission” to the “middle of the pack” to “low scorers.” On their list, Blackberries, Motorola, HTC, iPhone, Samsung, Sanyo, and Sony.

Because children have thinner skulls and their brains are still developing, they are even more vulnerable to EMF radiation than adults, yet these days many kids use a cell phone regularly.

How to Reduce Your Exposure to Radiation From Cell Phones

So, to answer the question: Do cell phones emit radiation that is harmful?

The short answer is: Yes they do. The effects might not become immediately known, but many biomarkers show that it does not positively affect your body. If you are concerned about radiation from your cell phone there are 5 simple steps you can take to reduce your exposure, and therefore your risk:

Using these simple steps can help protect from potentially harmful radiation while using your cell phone on a daily basis. Watch the video below to learn more.

WATCH: How to Protect from EMF 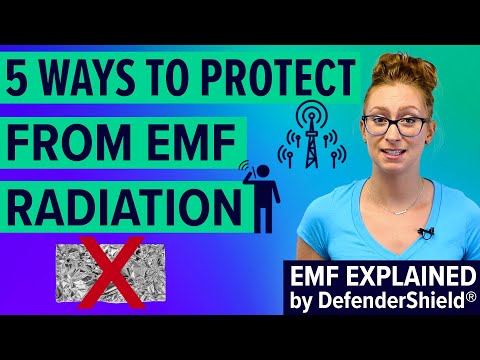