DefenderShield® technology blocks up to 99% of EMF radiation from 0-10 GHz, which encompasses almost all frequencies used in the current 5G network.

DefenderShield® is the only EMF protection capable of blocking the full frequency spectrum of EMF radiation, by using a sophisticated layering of non-toxic, human safe alloys and materials processed for maximum radiation blocking efficiency. Our advanced shielding technology conducts, absorbs, and dissipates these EMF emissions.

Modern science knows of no other way of shielding this broad spectrum range of radiation from devices such as laptops, tablets and cell phones, without utilizing a multi-layer solution to block both ELF and higher frequency RF emissions like 5G. 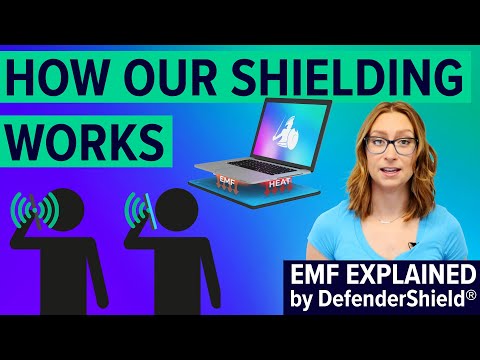 DefenderShield® is pioneering the health and wellness space by reducing health risks of EMF radiation exposure emitted from laptops, tablets, cell phones, and other mobile devices.

Percentage (%) blocked per frequency in MHz

Percentage (%) blocked per frequency in Hz